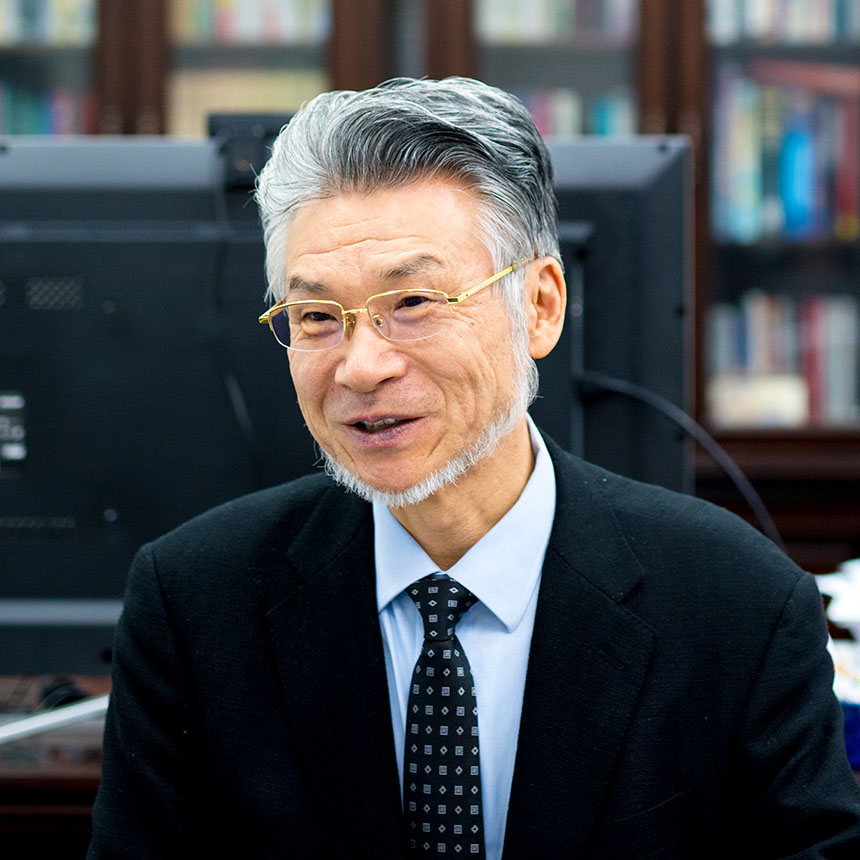 Susumu Tachi is Professor Emeritus of The University of Tokyo, where he currently leads several research projects on telexistence, virtual reality and haptics, including the ACCEL Embodied Media Project at Tachi Laboratory, Institute of Gerontology. He is the Founding President of the Virtual Reality Society of Japan.

One of his earliest scientific achievements, shortly after his obtaining a Ph.D. from The University of Tokyo in 1973, was the invention of Guide Dog Robot (1976), an intelligent mobile robot system for the blind. This system was the first of its kind and came to be known as MELDOG.

In 1980, Dr. Tachi invented the concept of Telexistence, which enables a highly realistic sensation of existence in a remote place without any actual travel. Since then, he has been working on the realization of telexistence, and has completed TELESAR V (2012), an avatar robot system that enables the user to bind with an anthropomorphic robot and have a real-time sensation of being where the robot exists, and to feel the robot’s body as his or her alter ego through visual, auditory and haptic sensation.

From 1988 to 2018, he served as Chairman of the IMEKO Technical Committee on Measurement in Robotics and directed the organization of ISMCR symposia and received IMEKO Distinguished Service Award in 1997. He initiated and founded International Conference on Artificial Reality and Telexistence (ICAT) in 1991 and International-collegiate Virtual Reality Contest (IVRC) in 1993. He received the 2007 IEEE VR Career Award, and served as General Chair of IEEE Virtual Reality Conferences.

TELEXISTENCE Inc. is hiring in TOKYO